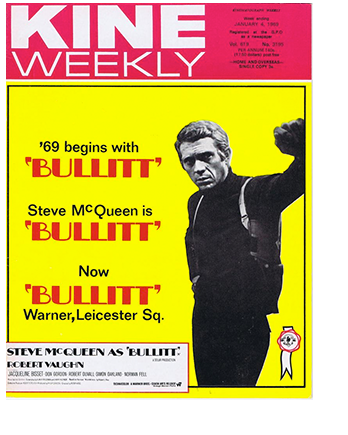 Dr Keith M. Johnston is Reader in Film & Television Studies at the University of East Anglia. His research and teaching covers British cinema history, film technology, and film marketing (particularly film trailers). He is the author of Coming Soon: Film Trailers and the Selling of Hollywood Technology (2009), Science Fiction Film: A Critical Introduction (2011), and one of the co-editors of Ealing Revisited (2012). He is currently working on the AHRC-funded project ‘The Eastmancolor Revolution and British Cinema, 1955-85’.

Explore more of his research here.

Dr Melanie Williams is Reader in Film & Television Studies at the University of East Anglia. Her research and teaching covers British cinema history, gender studies, and stardom. She is the author of Female Stars of British Cinema: The Women in Question (2017), David Lean (2014), Prisoners of Gender: Women in the Films of J. Lee Thompson: A new approach to British cinema of the 1950s (2009), British Women’s Cinema (2009, co-edited with Dr Melanie Bell), and one of the co-editors of Ealing Revisited (2012). Melanie recently finished work on the AHRC-funded project ‘Transformation and Tradition in British Cinema of the 1960s'.

Explore more of her research here.